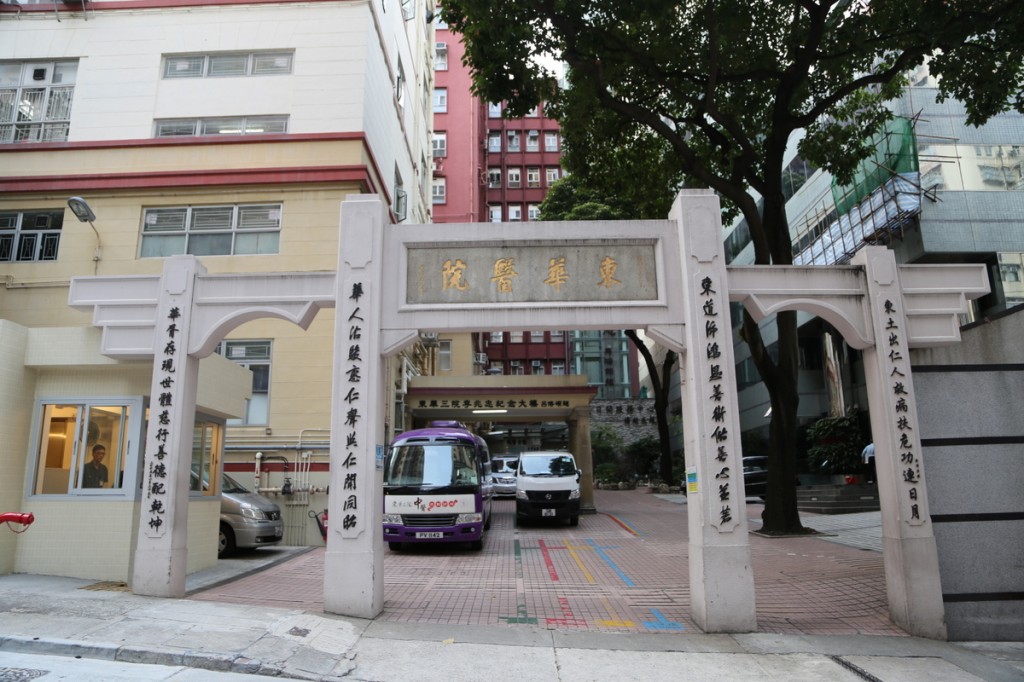 During the earliest days of colonial Hong Kong, a lot of Chinese came to Hong Kong all by themselves to earn a living.  When they died, they were often buried hastily without anybody visiting their burial sites ever again.  In view of this, elites and businessmen in the area applied to the government for the construction of a few small buildings next to the shrine of the Earth God on Tai Ping Shan Street in 1851.

These small buildings were named ‘Kwong Fook I Tsz’, a place where the ancestral tablets of the wandering souls could be placed.  Since Kwong Fook I Tsz also provided traditional Chinese medical services free of charge, the sick and the homeless gradually started to come and gather here.  In 1869, the then acting Secretariat for Chinese Affairs, Alfred Lister, along with accompanying reporters, found out about the appalling hygienic conditions in Kwong Fook I Tsz – in particular, the fact that many corpses were left unattended.  The situation was widely reported by newspapers in Hong Kong and the UK.  Motivated by public opinion, Governor Macdonnell decided to remediate the problem.

Governor Macdonnell allocated 79,200 square feet of government land on Grace Street (now Po Yan Street) and invested 115,000 Hong-Kong-dollars charges from gambling businesses into the construction of a Chinese hospital.  Eventually, together with funds raised among the Chinese public, the hospital was erected in 1872under the name of ‘Tung Wah Hospital’, which stood for ‘Kwangtung Chinese Hospital’.  As society developed, the scale of Tung Wah Hospital increased day by day, evolving to become today’s Tung Wah Group of Hospitals.

下一站/大笪地江湖郎中   Next Station/ Quack Doctors in the Night Market