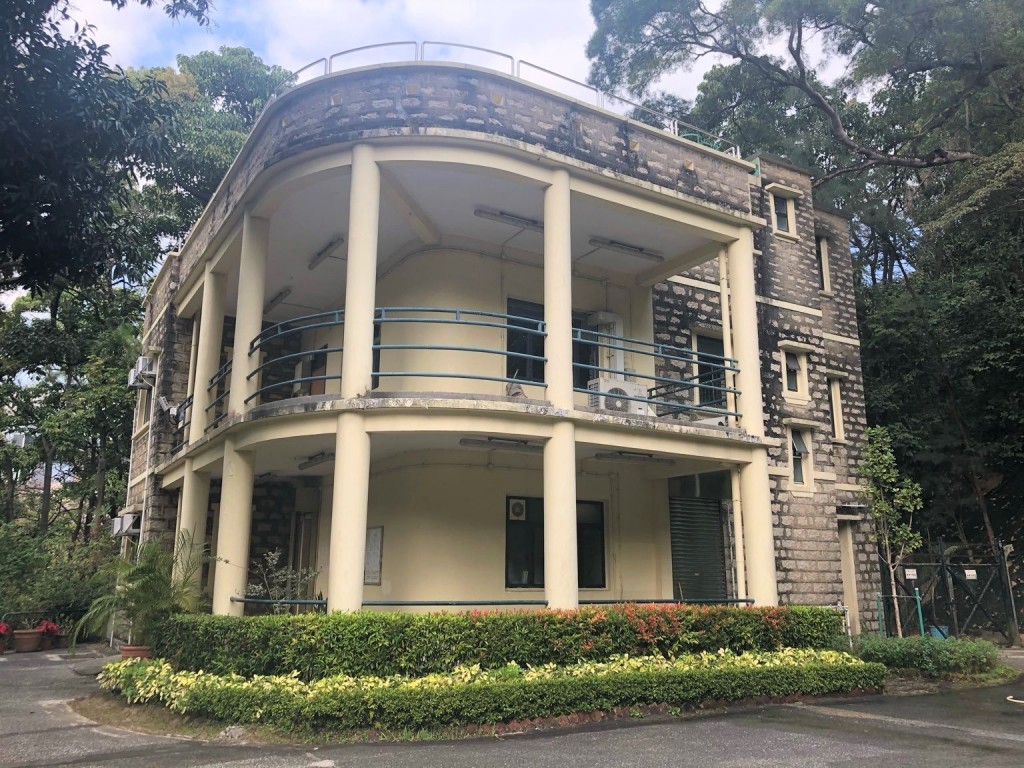 Hidden behind the industrial buildings in Tai Lin Pai, this secluded park is a quiet and uncrowded place that very few people, including those in the neighbourhood, seem to know about.

Opened in 1986, the Central Kwai Chung Park was formerly two cattle farms run by Yang and Tsang. In the 1960s, there were dozens of cows kept in the barn, and they were fed on a large pasture near the hill. The milk produced was supplied to the Kowloon Dairy and the Dairy Farm Company. The farms were closed in the early 1970s. In the park, there is a three-storey old-style cottage finished with grey brick, featuring wide verandahs and a curved corner. Some said that the cottage was the office of the barn, while others believed that it was the home of the barn owners and staff canteen. Currently, it is used as the park’s management office. There is also a stone sculpture inside the park that vividly depicts a crouching cow. It is said that the sculpture was intentionally placed there by the designer of the park to commemorate the history of the cattle farms.