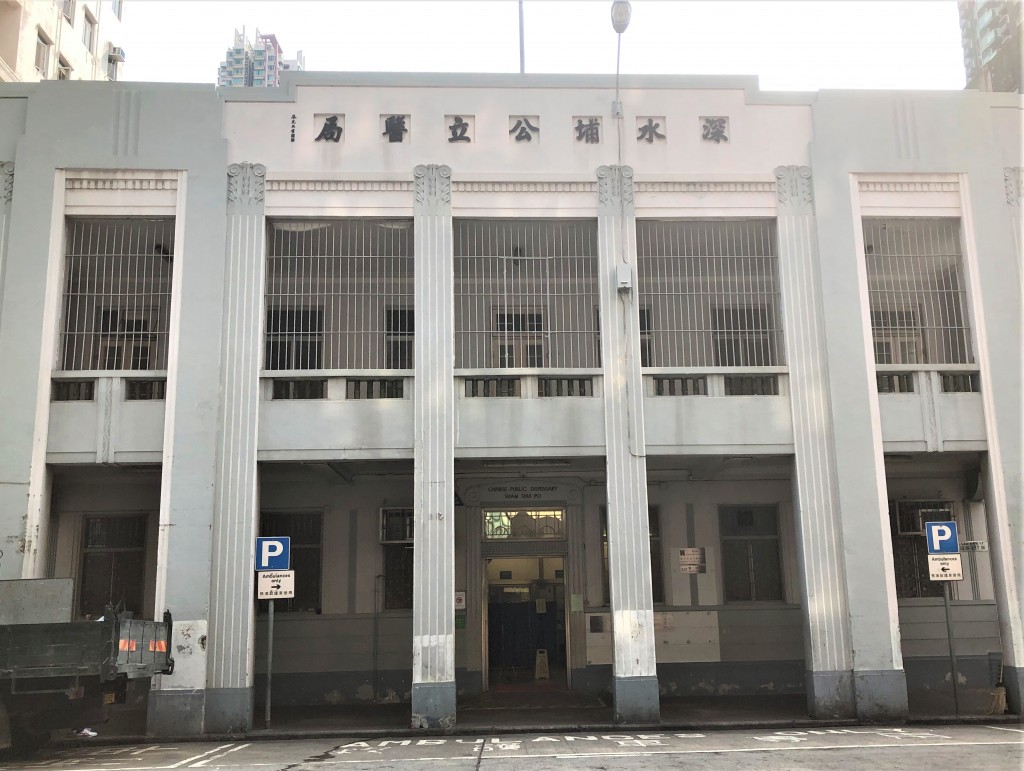 The plaque at the entrance of the Sham Shui Po Public Dispensary is engraved with the Chinese characters of the old name of Sham Shui Po, which has a similar pronunciation to the current name. The dispensary was initially built next to the Tin Hau Temple in Sham Shui Po, and the facilities there were primitive. In the 1930s, with the increasing demand for healthcare services in the district, the dispensary was allocated a new site by the government, and received donations from wealthy merchants at the time to construct a new facility. After the building was relocated to its current site, the street on which it is situated was named “Yee Kuk”, meaning “dispensary” in Chinese. The dispensary was managed by the Sham Shui Po Kaifong Welfare Association before the Second World War. It was operated as a medical centre in daytime, and turned into a meeting hall of the association at night. Currently, the building serves as the Sham Shui Po Methadone Clinic.

The two-storey building features open balconies on the upper floor and a veranda on the lower floor that is typically seen in traditional tenement houses. The structure includes various Art Deco elements. The pillars and capitals are decorated with fine geometric reliefs that display a simple and elegant pattern. At the same time, Chinese architectural elements are featured, with balcony railings on the upper floor being covered with glazed ceramic tiles painted in green to resemble bamboo.