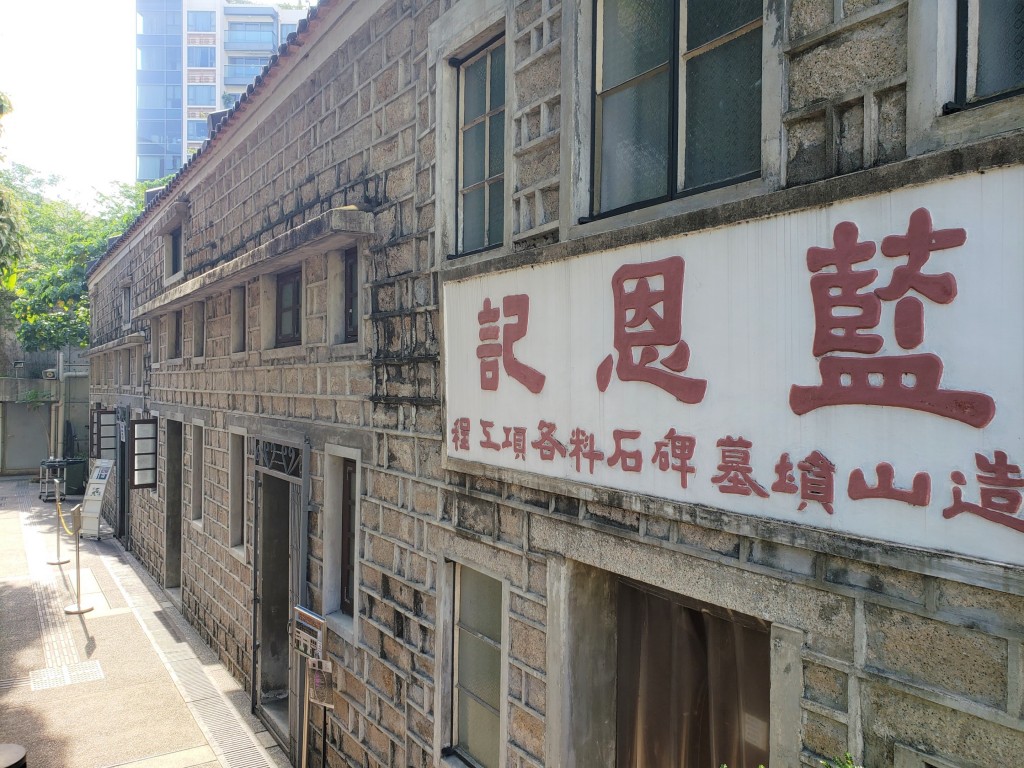 This is the site where “Ho Ka Yuen”, a luxurious mansion built between the 1880s and the 1890s, was situated. The house was demolished by the Japanese army in 1941. The site was subsequently converted into a resettlement area, where a row of two-storey Chinese-style cottages, known collectively as the Hau Wong Temple New Village, was built. After the Second World War, the neighbourhood was turned into a squatter area due to an influx of immigrants into Hong Kong. During the 1950s, several film studios were established in the squatter area. This was followed by a time when cottage factories and industrial workshops flourished. The Stone Houses were once used for storage by film production companies, and rented by Nam Yan Kee, a grave and tombstone manufacturing company, as industrial workshops. The signboard of Nam Yan Kee has been preserved on the facade of the Stone Houses. The squatter area was cleared in 2001, with only five stone houses remaining on the site.

In 2015, the houses were revitalised and renamed the “Stone Houses Family Garden”. Many architectural features — including the granite facades and pitched tiled roofs of the houses, as well as interior components, such as the wooden staircases, wooden flooring, wooden locks, and stone sockets — have been preserved.