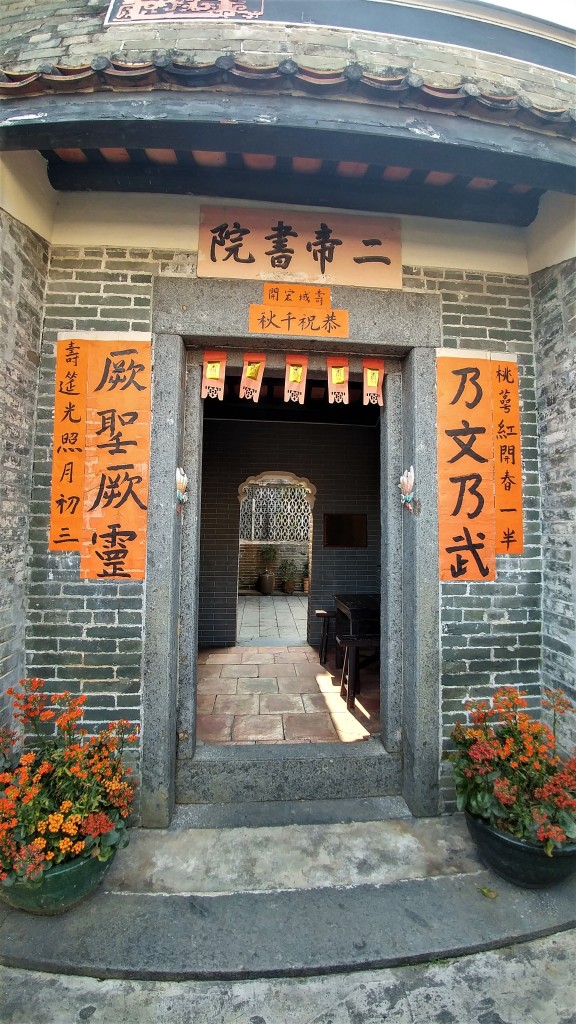 Yi Tai Study Hall, also known as Two Emperors Study Hall, has nothing to do with the emperor. Initially, a feng shui pagoda was built on the site to worship two deities — Man Cheong, the civil god of literacy and Kwan Yu, the martial god. It was said that many men of the Tang clan were blessed by the pagoda and achieved success in the imperial examination. However, the pagoda was later destroyed. It was replaced by a study hall, built with funding from a group of learnt men recognising the importance of education. The two deities, which gave the new building its name, continued to be worshipped in the study hall.

Yi Tai Study Hall was a prestigious school at the time. Many renowned scholars had given lectures here. The study hall is a two-hall rectangular structure with a unique layout. The entrance is located on the side, instead of the front, of the building. Before entering the study hall, one had to pass through a narrow way paved with white stones. Those who attended the study hall were therefore known as “Students of the White Stone Lane”, a title that was regarded as a symbol of status at the time.

With the introduction of modern education in Hong Kong, Yi Tai Study Hall was transformed into a primary school, which ceased operation after the Second World War. The building was restored in 1992 and is currently open to the public for visiting.