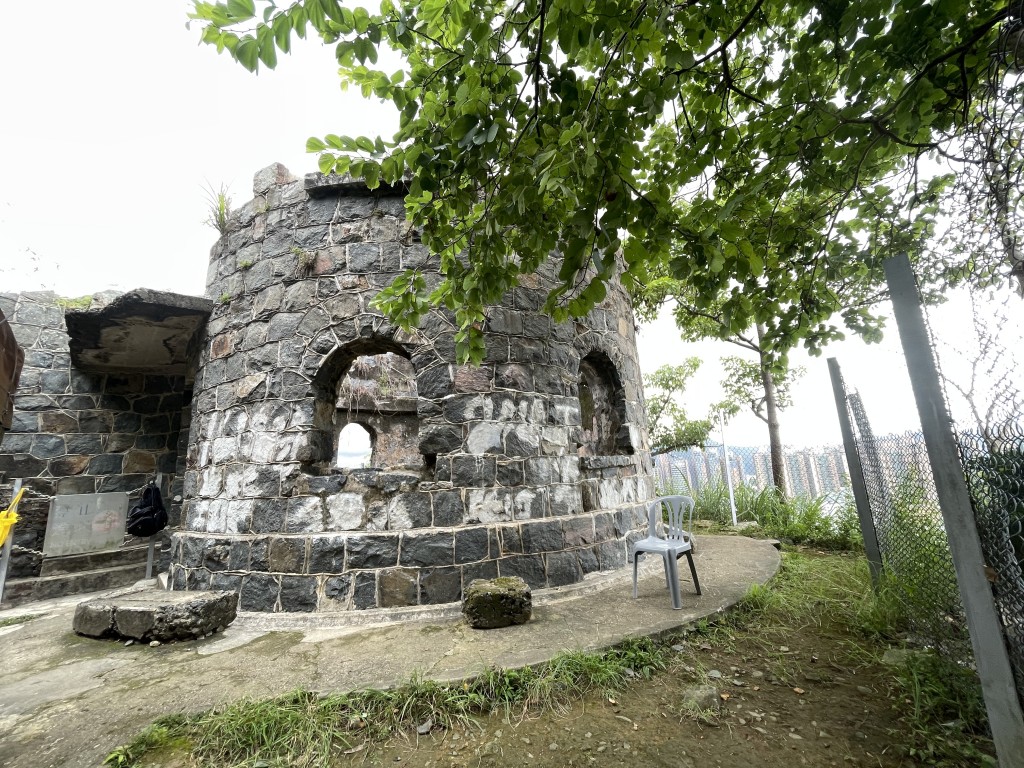 The Observation Post at Mau Wu Shan is also known as the “Mau Wu Abandoned Fortress”. While it remains unclear when exactly it was built, it is believed, based on available information, that the observation post was constructed before the British leased the New Territories in 1898, and that it was used by the customs office of the Qing Dynasty. At the time, the Qing government established a customs station at Fat Tau Chau to collect tax on opium trade. The observation post was built on the hill to allow the Qing officers to monitor activities on the sea.

The two structures on the site are believed to be built of volcanic rocks extracted from nearby locations. The cylindrical fortified tower is the observation post. The tower was originally two-storey high, and one could observe activities on the sea through its windows. The rectangular stone hut, with part of its pitched roof collapsed, is believed to serve as a barrack for the officers who were stationed at the observation post.

The ruins have been heavily vandalised by tourists, with walls defaced with graffiti and some stones removed from the structures. Having been left unattended for a long time, the site, surrounded by wire fencing, is dilapidated and requires further conservation treatment.