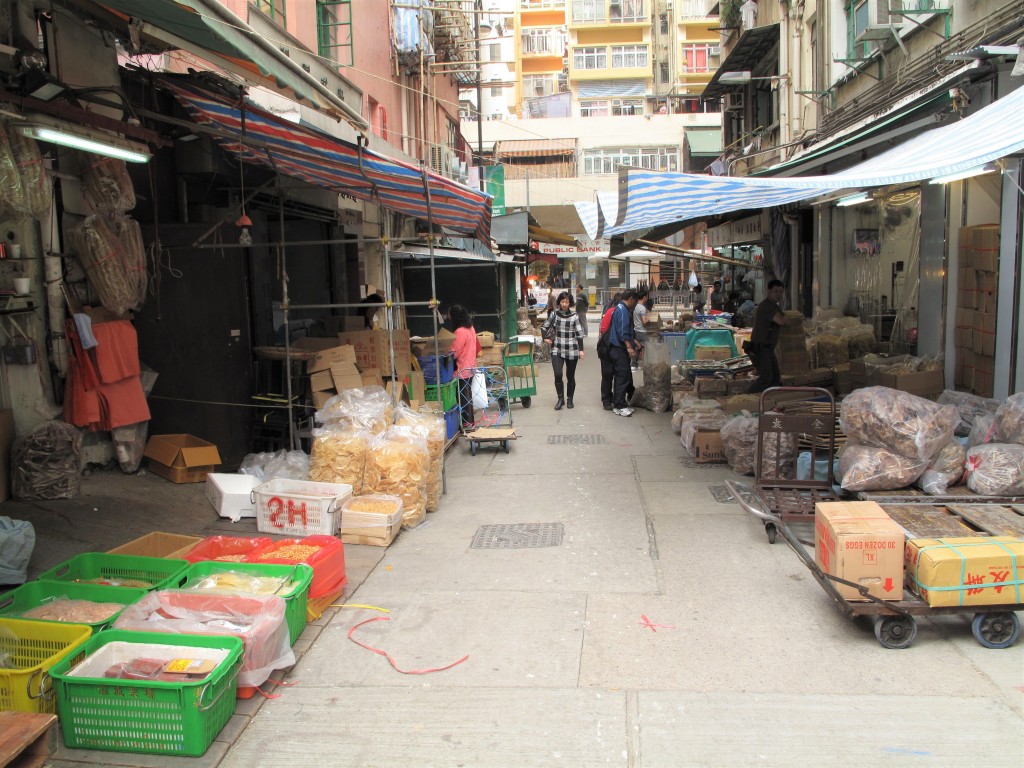 Mui Fong Street was formerly called Rienaecker Street. It is believed that the name “Mui Fong” — a pun on words “rotten fragrance” in Cantonese — was inspired by the scene of densely arranged tin huts and hawker stalls in the street where salted fish were sold. The place in Sai Ying Pun where salted fish sellers gathered was known as the “Salted Fish Hood”. The salted fish businesses there were mostly run in shophouses, with ground floor used for trading and upper floors used as storage space and living quarters of owners and staff. The salted fish traders used to buy catches from fishermen at the seaside. They then placed the fish on the roofs of their shophouses for curing and drying. It was a time when the salted fish industry thrived in the city. In 1949, Hong Kong Salt-Fish Merchants Chun Hing Association was established. It had more than 600 members, of which 90% set up their businesses in Sai Ying Pun.

As time passed, it became more difficult for salted fish traders to run their businesses, and the “Salted Fish Hood” was better known as the “Dried Seafood Street”. Currently, only one salted fish stall is left on Mui Fong Street, where the delicious smell of “Made in Hong Kong” salted fish has disappeared over time.