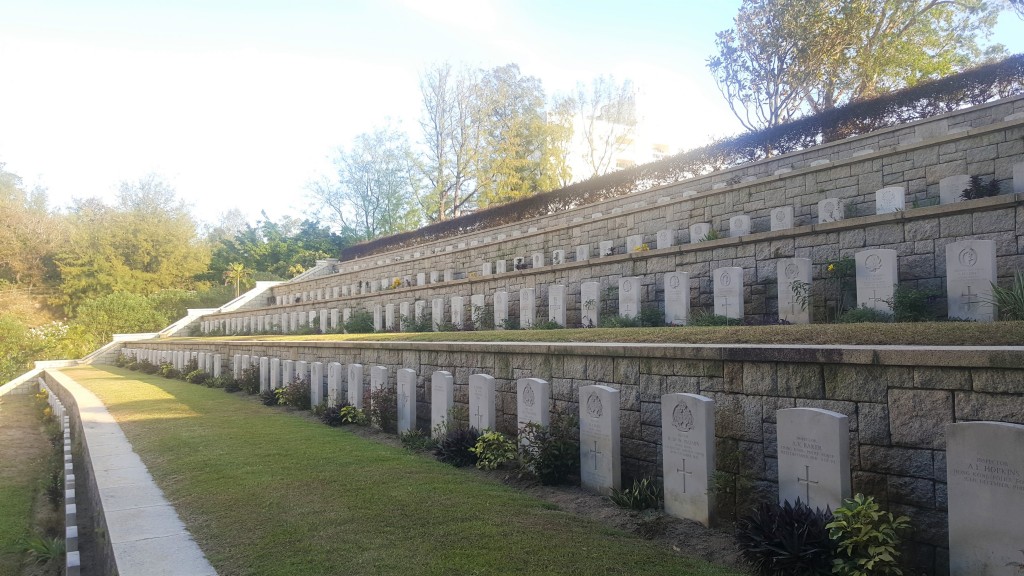 Stanley Military Cemetery was built in the early colonial days of Hong Kong as the final resting place for members of the British garrison and their families.

For decades, the cemetery was closed and there were no further burials or tombstones erected. It wasn’t until 1942, when Hong Kong fell to the Japanese during the Second World War, that it reopened. During the Battle of Hong Kong, Stanley was the city’s last line of defence against Japanese invasion. The garrison was defeated there after a fierce battle with the Japanese army. A massacre took place near the cemetery at St Stephen’s College, which was then used as an internment camp by the Japanese during the occupation. The cemetery was reopened for the burials of soldiers who lost their lives in the battle, as well as civilians who died of hunger and disease in the camp. Kept under loose guard, many imprisoned soldiers sneaked out of the camp to visit their lost friends in the cemetery. Three special headstones were also erected in the cemetery to commemorate the casualties of the First World War.