Dai Kam Lung Co. is a three-storey tenement building, one of the 32 buildings developed by Li Pink, the first properties developer in Sham Shui Po. It is now a grade II historic building in Hong Kong which formerly housed Cheng Fung Pawn Shop. When the pawn shop relocated in the 1970s, Dai Kam Lung Co. moved in and became the host of the building.

According to Mr. So, the building was designed and built after the 1st World War by local designer, Li Ping, who received his professional training abroad. At that time, Li Ping cooperated with the Government for all the streets planning and construction of the Sham Shui Po area. (Lai Chi Kwok was still a coastal area then) Li Ping donated the land to the government for a bazaar. He then planned and built some three-storey tenement buildings in the surrounding area. The buildings were leased to both residents and shop owners. Shops owners were allowed to buy-off the shops if they wish to. Residents of Sham Shui Po were mostly farmers at that time. The area surrounding Dai Kam Lung Co. was mainly farmland. The bazaar had attracted a lot of farmers to carry out trade in the area, almost all kinds of goods were available in market. The economic activities brought thriving population to the Pei Ho Street and Guilin Street area. In the 1960s, the three-storey tenement buildings were being rebuilt, Dai Kam Lung Co. (Pei Ho 58) is the only one surviving till now.

Dai Kam Lung Co. was designed by a professional company specializing in designing medical shops in the 1970s. The medicine cabinet placed on the wall was “tailor-made”. The quality old patterned tiles on the floor are well preserved until now. In the old days, Dai Kam Lung Co. had in house Chinese medical physician to treat nearby residents. However, after several old physicians passed away in recent years, the service ceased.

Business was exceptionally good during the annual Lunar New Year in the 1970s and 1980s. They needed to pack Chinese mushrooms overnight to meet demand. However, Mr. So indicated that the atmosphere of Lunar New Year has been slow comparing with the past, coupled with the cancellation of double-pay and bonuses; there has been a drop in general consumption appetite. Business is not particularly well even before the Lunar New Year. 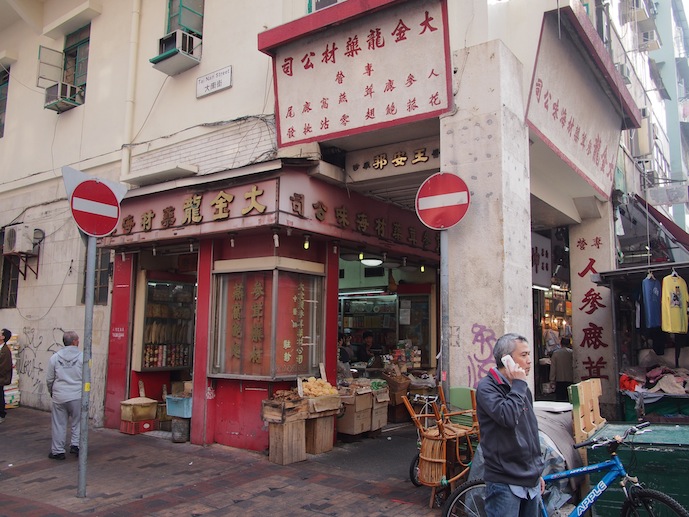 Dai Kam Lung Co. locates at the traditional Tonglau in early design with a balcony. . 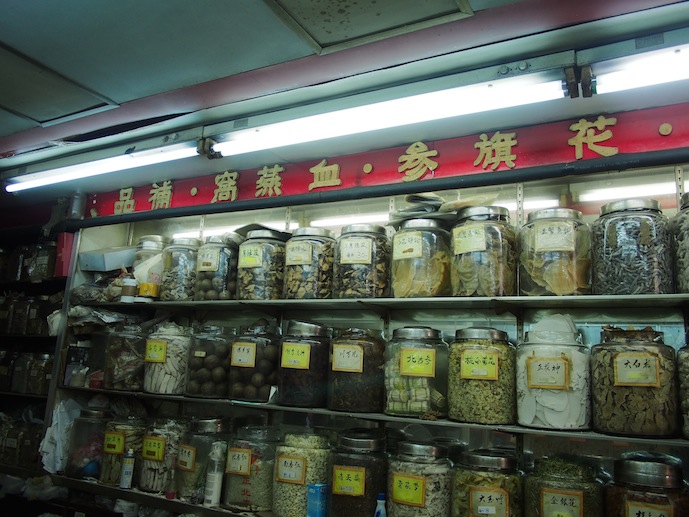 The interior design of Dai Kam Lung Co. was done by the company which is the expert in designing Chinese medical shop.