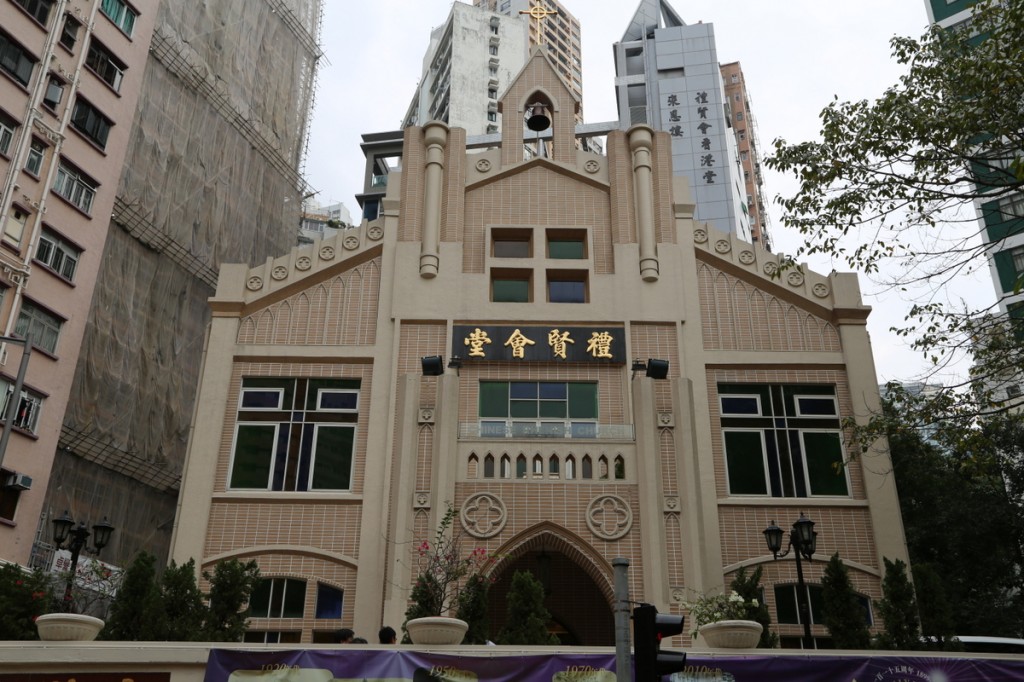 The German Barmen Mission came to China to spread the Gospel in 1847.  At the beginning, it evangelised in Mainland China and had yet plan to set foot in Hong Kong.  Since the missionary society originated from the Rhine in Germany, it later changed its name to ‘Rhenish Missionary Society’.  In 1899, the Chinese Rhenish Church Hong Kong was established, and in 1914, fifteen years later, its church was built on its present site in Sai Ying Pun.  The style of the architecture belongs to Eclecticism, displaying a mix of Gothic and Romanesque architectural styles.  Before each worship, the copper bell on the roof is struck to inform followers living nearby.

The Rhenish Church was subject to different circumstances during the two world wars because of its German background.  After World War I, the Hong Kong colonial government instructed that missionary societies and their properties were to be taken over and run by British pastors until 1927.  Subsequently, Chinese priests and followers started to manage the finances and administration of their churches.  During the Japanese occupation of Hong Kong in WWII, the church was not disturbed by the Japanese army and was able to continue its services and gatherings.  This was possibly because Germany and Japan were allies.  The church was also allowed to initiate a co-operative society, and bought food to distribute to church members who struggled to make their ends meet.